I set about finding a way to make the feely-bag game more accessible and above all, fun. I used a small brightly colored PVC bag and searched about the house for objects that had very distinctive tactile shapes. The first objects I came up with were a soft-bristled baby brush, a dessert spoon and a small bouncy ball. I tested them out on my family to check how easy they were to identify by feel. I made some little cards with the words and symbols on them using Widget's software Writing with Symbols 2000 . 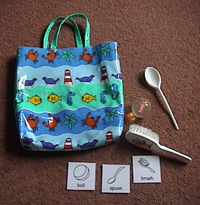 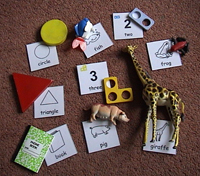 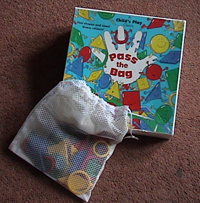 All the resources listed above are available from Down Syndrome Education International. Please visit the downsed online shop at https://store.down-syndrome.org/en-us