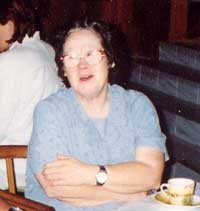 Meg's story may encourage families to plan for their family member with Down syndrome to stay in the family home, if suitable support can be organized. This could be on the lines of Meg's example - carers living in the house, or it could be achieved by inviting other adults with learning disabilities to share the accommodation, again with appropriate support available to them. In the UK national charities such as Mencap have schemes to enable this to happen but there is an issue about ownership of property to be considered, as schemes such as this may require the property to be transferred to the charity. 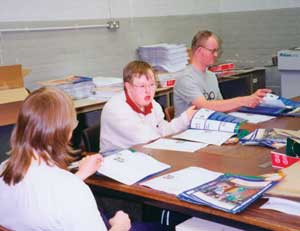 The second article describes the development of an adult employment scheme to encourage other employers to think of offering employment. While, in the UK, the disability benefit rules restrict the amount of money that can be earned, employment within these rules can still make a significant difference to the income of an adult with Down syndrome - it may double their weekly 'spending' money available for leisure activities, clothes and holidays. Some of the workers on this project opened their own bank accounts for the first time, all were very positive about joining the pay roll and one made clear he was now at work, just like his older brother. One of the staff already working in the organization commented 'these employees with Down syndrome are far more competent at the work and far better behaved than teenage work experience trainees that I worked with in a previous job'.