Autoimmunity puzzle in Down syndrome

One of the most common genetic abnormalities, Down syndrome is associated with intellectual disabilities as well as increased incidence of autoimmune diseases. Endocrine disorders, such as diabetes and thyroid dysfunction are amongst the most common. We describe the case of a 27 year old woman diagnosed with diabetes at the age of 9, who had associated crises of loss of consciousness from the age of 23 and developed primary autoimmune hypothyroidism from the age of 25 years with chronic pericardial effusion. Neurological examination considered the diagnosis of absence crises; therefore she started taking Carbamazepine 400 mg daily since the age of 23. At admission, the patient was obese (BMI =32 kg/m2), with neck localised acanthosis nigricans. The clinical examination revealed signs of hypothyroidism without goitre. Diagnosis was confirmed by TSH = 350 mUI/L, anti TPOAb = 329.9 U/ml as well as pericardial effusion on echocardiography. She started thyroxine replacement therapy, while being on basal/bolus insulin regimen (short and intermediate acting insulin). Full control of diabetes was not achieved until she also received metformin and basal insulin analog. TSH level reached normal values of 2.4 mU/L only after a LT4 substitution dose of 150 µg daily. Evolution of thyroid status and diabetes under progressive thyroxine substitutive treatment is discussed. Compliance to diet, diabetes and myxoedema treatment is severely influenced by her intellectual disabilities. Screening for thyroid status and autoimmunity in order to detect subclinical hypothyroidism, should be performed in patients with Down syndrome.

Down syndrome is the most common identified cause of intellectual disabilities, with an average prevalence of 1 per 1000 registered births. Down syndrome is associated with increased incidence of treatable disorders which, if undiagnosed, impose an additional but preventable burden of secondary disability[1].

It is well known that patients with Down syndrome have an increased prevalence of autoimmune disorders affecting both endocrine and non-endocrine organs (Addison's disease, allergic dermatitis, coeliac disease, diabetes mellitus, hypo- and hyperthyroidism, autoimmune haemolytic anaemia, dermatomyositis, multiple sclerosis, pernicious anaemia, polyarteritis nodosa, rheumatoid arthritis, scleroderma, Sjogren's syndrome, and systemic lupus erythematosus)[2]. The most common autoimmune disease in Down syndrome is related to the thyroid gland. Thyroid autoantibodies are found in 13-34% of patients with Down syndrome[3]. Both hypo- and hyperthyroidism have been reported and overt hypothyroidism was related with thyroid autoimmunity[3,4]. The reported prevalence of hypothyroidism in adults with Down syndrome has varied between 3% and 54%[3,5]. Recently, larger studies showed that the frequency of thyroid dysfunction in patients with Down syndrome rises with age, particularly after the age of 40[3,6]. Hypothyroidism can be subclinical, particularly challenging to detect in patients with intellectual disabilities and language impairments. Symptoms of hypothyroidism overlap with features of Down syndrome, including impaired intellectual development in young children, decreased linear growth, dry skin, dentition abnormalities, and decreased physical activity[7]. Pericardial effusion may be the first sign of hypothyroidism, since a delayed diagnosis is likely, and usually, will completely resolve after thyroxin therapy, without pericardiocentesis. Any patient with Down syndrome who presents with dyspnoea and cardiomegaly should be suspected of having pericardial effusion due to hypothyroidism and echocardiography should be performed[4]. There is also evidence that the prevalence of diabetes mellitus is four[8] to eight times[9] higher in people with Down syndrome than in the general population. Both type 1 and type 2 diabetes have been reported, but type 1 is more frequent[10]. The average age at onset of type 1 diabetes in trisomy 21 individuals is also lower than in the background population, according to some studies[8,10]. As the symptoms of diabetes in patients with Down syndrome may be more difficult to detect and there is an increased risk of complications such as hyperosmolar coma, special attention has to be taken to symptoms as polydipsia and polyuria[9].

A 27 year old woman with Down syndrome was admitted to the Thyroid Related Disorders Department of "C. I. Parhon" National Institute of Endocrinology for reevaluation. The investigation and therapy protocol were explained in detail to the patient and her mother and they agreed to fulfil its requirements. The institutional ethics committee agreed the study design.

The patient was born to a healthy, unrelated 28-year-old mother and her husband, both with no relevant medical history, at term, after a normal pregnancy and full-term normal vaginal delivery. Her weight at birth was 4000g and she had no congenital heart disease. Her previous medical history included: bilateral congenital cataract, congenital hip dysplasia, insulin dependent diabetes mellitus diagnosed at the age of 9, crises of loss of consciousness with retrograde amnesia from the age of 23 and autoimmune hypothyroidism (serum TSH = 350 mU/L, anti TPO Ab = 329.9 U/ml) from the age of 25 years with chronic pericardial effusion, in remission since her last presentation. She was genetically confirmed as trisomy 21 by chromosomal banding technique. The patient was treated with L-thyroxin 125 µg daily, Carbamazepine 400 mg daily and rapid insulin 46 UI/day (four injections).

On physical examination she had a typical Down syndrome appearance: slanted palpebral fissures, hypotelorism, epicanthic folds (Figure 1a); her blood pressure was 100/65 mm Hg, heart rate 86 beats/minute, BMI=32 kg/m2, height = 146 cm. She was afebrile and pale, but acanthosis nigricans was localised on her neck (Figure 1b). On auscultation, she had no pericardial rub and no rales on chest examination; there were no peripheral oedemas or other signs of heart failure.

Figure 1|a Physical appearance of the patient 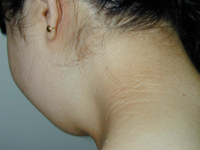 Figure 1|b Acanthosis nigricans localised on the patient's neck

The ECG showed normal sinus rhythm, low T waves voltage in all leads and right bundle branch block. Transthoracic echocardiography revealed normal sized and normokinetic right and left ventricles, without atrial or ventricular septal defect or other heart abnormality, and pericardial effusion measuring 9mm on the posterior wall of left ventricle. In this setting, we increased the L-thyroxin dose to 150 µg/day and Insulin doses to 54 UI/day, continued Carbamazepine 400 mg/day and started Calcium and vitamin D therapy.

Four months later, the patient was euthyroid under LT4 150 µg/day (TSH=2.4 uUI/ml), serum calcium level increased in the normal range (8.79 mg/dl) and pericardial effusion was in remission since her last presentation (2-3 mm on the posterior wall of left ventricle). HbA1c level was still high (9.3%), showing however an improved control of diabetes. Regular insulin doses were increased, and a basal insulin analog in the evening was used. Taking into account that this patient probably had a degree of insulin resistance (obesity, achantosis nigricans), biguanide therapy was considered. Metformin dose was gradually titrated to 850 mg twice daily. A good glycaemic control, without gastrointestinal side effects was achieved.

It is well-known that patients with Down syndrome are predisposed to autoimmune disorders like insulin dependent diabetes mellitus, autoimmune thyroid disorders, alopaecia, vitiligo, hypoparathyroidism and coeliac disease[11].

There seems to be no statistical correlation between the coexistence of cardiovascular or gastrointestinal disease in patients with Down syndrome and thyroid abnormalities[12]. However, some studies have shown that coeliac disease may predispose patients to other autoimmune disorders and long-term exposure to gluten may increase the patients' susceptibility to type 1 diabetes mellitus and autoimmune thyroiditis[11].

Diabetes has a higher prevalence in Down syndrome than in the general population. It can appear as an autoimmune disorder (type 1 diabetes mellitus) or as a disorder in which the insulin resistance is the predominant physiopathological factor (type 2 diabetes mellitus). Our case was initially registered as type 1 diabetes, due to age of onset (9 years) and clinical features. However, the actual doses of insulin, increased from 46 to 54 UI/day with difficulties in achieving good glycaemic control as well as associated obesity and achantosis nigricans show a degree of insulin resistance. This further can modify the therapeutic attitude, in addition to nutrition changes and diet[15].

Down syndrome can be associated with thyroid autoimmune disease, more often hypothyroidism than hyperthyroidism. The natural history of thyroid function in Down syndrome over 10 years shows a slow increase of thyroid dysfunction, with an average prevalence in one third of the patients. This has an impact of thyroid evaluation, recommended at several years interval. Subclinical hypothyroidism might become overt hypothyroidism, as in our case, or be just transient[16].

A particularity of this case was the fact that, after the crisis of loss of consciousness, the patient was chronically treated with Carbamazepine 400 mg/day. Although it is well tolerated, this drug is related to various adverse effects involving several organs and endocrine and metabolic functions. In particular, relevant effects on thyroid function have been described[17].

Carbamazepine typically decreases thyroid hormone concentrations, especially T4 levels - both total and free T4. This effect has been explained by interference with thyroid hormone competitive binding to thyroxine-binding globulin and by activation of liver microsomal enzymes and increasing the peripheral metabolism of thyroid hormones. In patients with no thyroid disorder, Carbamazepine causes hormonal changes with no clinical relevance because there is a compensatory reaction in order to keep them euthyroid. In patients supplemented with thyroxine for hypothyroidism, this compensation may be ineffective and Carbamazepine may precipitate more severe symptoms and may increase the demand for thyroid hormones[18]. This could explain the increasing requirement for thyroxine replacement in our case.

In conclusion, Down syndrome is associated with a predisposition to develop autoimmune disorders which include diabetes and thyroid dysfunctions. Screening for thyroid autoimmunity i.e. ATPO and TSH, in order to detect subclinical hypothyroidism, should be performed annually, especially when other autoimmune disorders, like diabetes mellitus, are associated. Other conditions and related treatment might also impair the thyroid function.

The natural history of thyroid function is known to be different in people with Down syndrome, although we do not have a clear understanding of many of the details, such as the factors that may define individual risk of thyroid dysfunction, or help to guide diagnosis and treatment. The consequences for the individual regarding other related conditions or risks are also not settled. This paper is a well thought review built around a patient who presents with a version of the story that aids discussion of several relevant topics in long term management, particularly the related autoimmune implications, as well as potential for drug interactions and other issues.

Papers like this one help to update our current medical understanding and to guide clinical decisions for individuals, while building consensus towards broad standards of clinical care. However, we need to review many more cases of individual variety, to fully understand the clinical implications that will determine appropriate standards of care. There are many medical professionals around the world with particular interest in Down syndrome; many of us are connected through "Down Syndrome Medical Interest Groups" (DSMIG), with national and international versions (DSMIG-US, and DSMIG-UK, with a fragile new international version - iDSMIG). We are moving closer to development of collaborative networks of medical Down syndrome clinics that can share data about patients like the case in this paper. The power of pooled numbers in our combined experience would speed our ability to optimise medical management for our individual patients.

We encourage clinicians to consider submission of case reports such as this article, to provide clinical reality to some of the medical topics that persistently recur in people with Down syndrome. Discussion of unique cases often helps to remind us of similarities as well as individual differences, and can put faces on the questions while we look for answers.