We travelled as a family to London to enable my husband to study for a PhD in Engineering. We lived in London for five years from 1984 to 1989 and during this time I became a full member of The Down's Syndrome Association, UK. I visited their library many times and purchased a number of books about teaching children with Down syndrome. I also read many magazines articles about teaching through play and modeling.

In 1990, we returned to Iraq, taking our nice and clever daughter, like a little flower who had grown so much during her time at school in the UK from 1984 to 1989. As you may be aware, under the previous government, Iraqi citizens were prevented from contacting people and organisations in the rest of the world and so I asked one of my friends in London to stay up to date with Professor Sue Buckley's work in the UK. One of my relatives also became a member of The Down's Syndrome Association, on my behalf and through this, I never stopped feeling and believing in the abilities of children with Down syndrome.

Before leaving London, I worked as a Head teacher in a secondary school for girls. When I came back, I did my best to transfer my skills through working at an institute for people with intellectual disabilities. I worked there with my daughter Hiba for nearly two years but I resigned in 1992 as I could not do as I wanted with these poor children. I found it was much better to work at home with my child. This is when I began thinking about building a private centre. Our house wasn't very big at the time but in 1993, my husband bought a big house in a nice area in Baghdad.

In 1993, my dream became a reality. I started my own school for children with Down syndrome. All the existing government centres are for people of all ages with all kinds of learning and mental health difficulties and they do not run education programmes, as they believe that these children are unable to learn.

The school was small in the beginning, with only four children and one other teacher, who I trained myself. By 1996, I had 25 children and seven teachers, again, each trained by me in how to work with the children. Our teaching is built on the foundation provided in the books published by The Down Syndrome Educational Trust. We followed the steps laid out in the booklets completely. In 2002, my kind husband developed the last section of our garden and built three more levels to accommodate enough classes for the 140 children, aged 2-27 years, who are now enrolled at The Hibato Alla Centre. 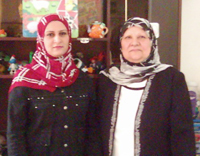 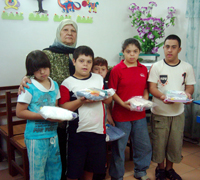 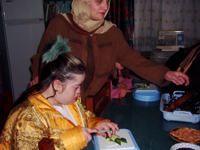 We also have a dental clinic at the centre and provide dental treatment for all 140 children free of charge as my daughter is a dentist. She loves the children and is happy to provide this service as a volunteer. The children love her very much and she works with them as friends. 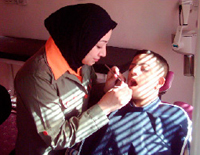 In 1996 I tried in vain to get an official agreement for work to establish an Iraqi Down Syndrome Association. Finally, in 1999 I was allowed to start work with Iraqi families to help improve their children's development. There was no one else working in Iraq and so I talked with the families of the children at the centre and started to contact other national associations for information. I translate the information and organise a yearly conference to pass on my knowledge to everyone. Our conferences really are so good and important. I now have 500 members and they have elected me as Chairman of the Iraqi Association.

The first buddy walk took place in 1995, organised by The National Down Syndrome Society; these walks have become "the premier advocacy event for Down syndrome and a major platform for inclusion in communities across the country." To find out more, see www.buddywalk.org.